Well, you just nip out for lunch at the end of a working week and when you get back there's several sackfuls of emails bubbling with the excitement of the announcement of the retirement of the Archbishop of Canterbury and his appointment as Master of Magdalene College, Cambridge (the college's press release, and the present incumbent).

Williams was, in my opinion, always an academic. I trust he will find the role congenial, and that he and Jane are looking forward to returning to Cambridge and, presumably, to a quieter life. They met while he was teaching there in the late 1970s.

As is the way of the world, now we know he's going there will be a flurry of complimentary comments and reminiscences (though not all). See, as an initial helping: Telegraph ~ Guardian ~ BBC News ~ Rolling Stone ~ CNN ~ ACNS

And then?
Once the obligatory pleasantries are over there will only be one question: who will follow him?

Thinking Anglicans have kindly posted the procedure for choosing a new Archbishop.

This says, amongst other things,


Since the Archbishop of Canterbury is automatically a member of the House of Lords he must, under the law of the land be a British, Irish or Commonwealth citizen.

Note also the 'he'. Both these factors rule out Katherine Jefferts Schori as proposed by Concerned Anglican in a comment to an earlier post.

The next Archbishop will be ...
The Guardian has,


The bookmakers' favourite to succeed him is the Ugandan-born archbishop of York, John Sentamu, whose energy is widely admired, but who has upset some with a reputed forceful manner. [See Mad Priest on this possibility.]

The other name frequently mentioned is the bishop of London, Richard Chartres, who is opposed to the ordination of women, but has been increasingly quiet. Both men are older than Williams. 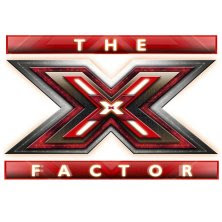 None of the younger candidates has yet made their mark on the world outside the church, though Graham James, the bishop of Norwich, and Nick Baines, the bishop of Bradford, are two names most often mentioned.

The appointments procedure will solicit names from the general public although, beyond a publicity stunt, I can't imagine what the point of that is. It's the X Factor approach to senior appointments. (Or, maybe I shouldn't be so dismissive - the x factor slogan 'One day could change your life forever' may be entirely appropriate.)

My chosen candidate
Anyway, my candidate for the job - who meets both criteria - is the present Archbishop of Cape Town, the Most Rev. Thabo Makgoba. (Facebook page, Wiki)

He's just 52, has a PhD from the University of Capetown (2009) with a thesis on workplace spirituality.


Covenant is entirely ubuntu-shaped – we find our humanity through the humanity of others – we flourish through promoting the flourishing of others. SePedi has a proverb for this: Mphiri o tee ga o lle – one bangle makes no sound. But working in harmony can create a beautiful symphony!

Whether he'd leave Cape Town is another question. But I reckon it would be wonderful to have a(nother) black African Archbishop to walk right over the dead ivy of Establishment.