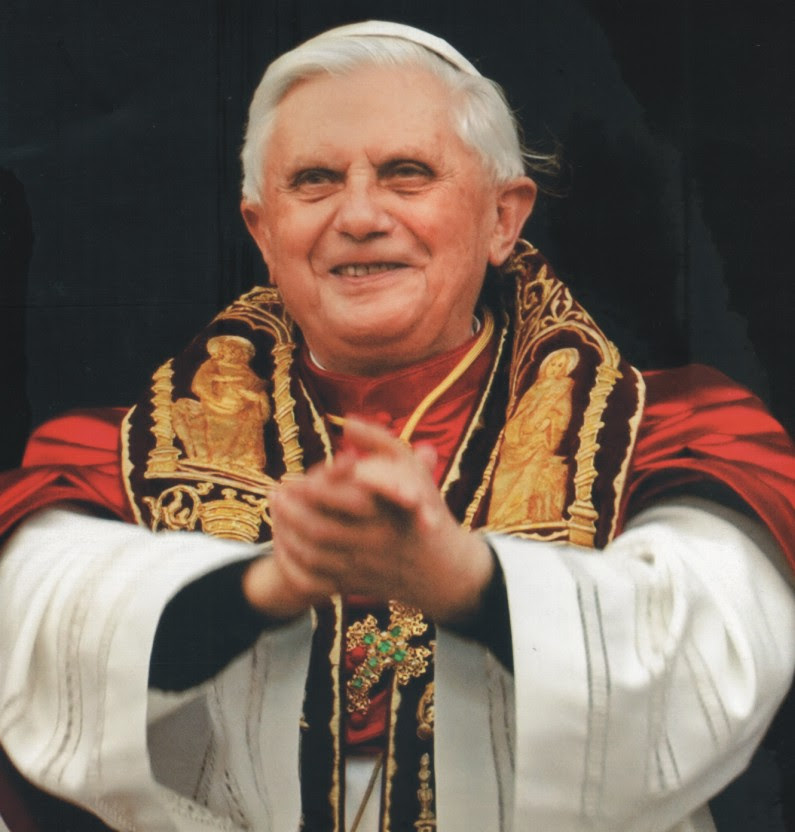 Gotcha!
The Vatican is setting up special arrangements to welcome disaffected catholic-leaning Anglicans into the one true Church.
The announcement caught everyone by surprise, not lease Vatican-based journalists. An account of their disorientation and consequent questions is here.
The impact in England is likely to be numerically insignificant. The bigger impact is the casual discarding of decades of careful ecumenical discussion. The Pope clearly prefers the certainty of an estimated 1/2m conservative adherents immediately to the slow, improbable and probably undesirable process of greater theological understanding and mutual acceptance.
The main body concerned are the Traditional Anglican Communion (TAC) (Wikipedia) said to be strong in Zimbabwe and Tanzania with smaller groups in various parts of the world.
The manner of the announcement also seems to have been 'humiliating' to Rowan Williams who was informed (not consulted) just the night before the press conference.
And in the US the decision could pose a dilemma to Forward in Faith members who have only recently signed up with ACNA, notwithstanding the determined opposition of some of the conservative evangelicals in that grouping.
What does seem to be happening, if by different routes, is the slicing away of conservatives from the main body of Anglicanism, one stroke at a time.
Posted by Paul Bagshaw at Wednesday, October 21, 2009 1 comment:

I have not been keeping up with comment on Anglican affairs recently.  Therefore if this is old hat then I apologise. However I thought it worth posting.

It is the length it is because I have sent it to MCU's Signs of the Times. However I may well work on a longer version because I think the subject deserves it.

The Anglican Church In North America

The Anglican Church In North America (ACNA) is the major schismatic grouping in North American Episcopalianism. It was created on 22 June 2009 and has received a welcome amounting to formal recognition from some Primates and leaders in other parts of the Anglican Communion. It purports to be a ‘Province-in-formation in the global Anglican Communion’ and claims a membership of 100,000 with 800 clergy.

ACNA has published its Constitution and Canons (www.acnaassembly.org). These documents encapsulate the leaders’ aspirations and commitment and simultaneously betray their weakness. They assert ACNA’s continued part in Anglicanism and create a radical new polity.

ACNA’s Constitution and Canons assert a juridical existence on a par with the 38 autonomous (their choice of adjective) Provinces of the Anglican Communion. Together they establish the structure of governance of the new entity with a presiding Archbishop, College of Bishops, a governing Provincial Council and an advisory Provincial Assembly. However the constitution inverts the monarchical ecclesiology espoused and exported by the Church of England and makes the whole structure accountable to the congregation.

The background to this development includes the fact that the polity of the Episcopal Church in the US has always been more egalitarian and inclusive of its laity than the majority of the Anglican Communion. Second, there is a strong conservative predilection for free market economics and resistance to the centralised state which is as strong in America’s religion as in other aspects of society.

More specifically ACNA’s origin is as a protest movement with many mothers. The Constitution lists eleven groups as founder members several of which owe allegiance to other parts of the Anglican Communion (including Rwanda, Kenya, Uganda and the Southern Cone). Article VIII specifies that each member is a jurisdiction in its own right and retains all authority except that which it willingly grants to the umbrella body: no-one is giving up their separate identity.

One key element in the conservative protest against TEC centred on money. As they left many congregations went to court to retain ownership of church property and other assets. Most lost. Article XII of the ACNA constitution and Canon 6.6 recognise that parishes own their real and personal property and exclude the Province from any current or future claim over it. Furthermore congregations are given the right to change allegiance within ACNA or to secede from it altogether. Exhortations to tithe and to support the Provincial structures reveal the fundamental weakness of the federation. In churches, as in other walks of life, to know where power lies follow the money.

The congregation is not merely the owner of property. It is ‘The fundamental agency of mission in the Province’ (Article IV.1). Wider groupings depend on the congregation for their legitimacy and finance. The Canons come with an application form for any other ‘diocese, cluster or network (whether regional or affinity-based)’ or any such group ‘in formation’ which might wish to become a member. Thus wider groupings of congregations may be geographic or affinity based and congregations from several different members of the Province may co-exist in the same place. It is post-modern Anglicanism.

At the other end of this new polity the Archbishop, currently Bishop Robert Duncan, is elected for 5 years. He is thus made and kept accountable to his electorate (the College of Bishops) who are accountable to the congregations.

Perhaps ACNA offers the way forward for Anglicans. With a different preamble and affirmation of faith any group, or group of groups, could come together on something like this constitution. In this new Anglicanism power flows from the pocket and the hierarchy must give an account of their actions acceptable to those who chose them. It is worth further investigation.

Or, perhaps, another rule of organizations will come into play: over time power and wealth flows to the centre.