Alan Perry, at Insert Catchy Blog Title Here, has been writing solid, sustained pieces on the Covenant and its detrimental consequences for the Communion and individual Provinces.

In May he summarised the attitude of too many senior people in the Anglican Church of Canada that the Covenant is mostly harmless. He's being told, in summary,


I don't actually believe that the Covenant will accomplish what it is supposed to do. It won't really address the tensions in the Anglican Communion. But I don't believe that it is the Abomination of Desolation, either. I don't think it's going to have any ill effect. Recommendations of Relational Consequences are nothing to worry about.

This is precisely the attitude that ACO business managers have tried to encourage to make the medicine slip down the throats of the Provinces' various legislatures:

Of course it's not harmless. An awful lot of energy, political capital and a publicly undisclosed amount of money has gone into pushing the Covenant through because those who still believe in it believe it will be effective.

It will, its promoters hope, enable the rest of the Communion to expel TEC and ACoC for their wilful and reckless ways in including homosexual people as full members of the Church. Or, more broadly, for not taking the anti-modern stance which the conservative evangelicals have adopted and which they have focused and symbolised in attitudes to homosexuality. Rowan Williams put Archbishop Drexel Gomez in charge of the programme after he had, with Maurice Sinclair, edited a booklet setting out the necessary steps to punish the north American church. That was why Gomez was chosen.

The Covenant will centralise the Communion and give unprecedented powers to the Archbishop of Canterbury and to the Anglican Communion office. It will re-write the Anglican Communion with barely any discussion about whether this is the Communion we want or need. Alan writes more recently about the value of provincial autonomy. Let us hope this will not be of merely antiquarian interest.
The Covenant is not 'mostly harmless'. It's pernicious in its intent and dishonest in its route to adoption. No good can come of it.

Alan goes on to explore Canada's legal analysis of the Covenant and the serious concerns that this document raises. It poses questions which are important for all Anglican Churches, not simply for Canada. His answers to the questions are here.

The first two questions are general ones and should be addressed by all Provinces:

There was greater precision and clarity of process in earlier drafts. These were attacked and removed from the text. But if the Covenant mechanism are ever invoked these processes (or something very like them) will have to be created. Only now, because they are not in the text or its appendices, they will be under the control of the bureaucrats and almost certainly not open to scrutiny or challenge. (My 2-page pdf of the suggested process is here.)
The next 4 questions address consultation and the impact on the constitution of the Anglican Church of Canada. In England we are assured that there will be no canonical or constitutional impact. But, even if that is true, does that mean it is proper to seek to force other provinces to fit themselves to our norms? I think that a steady process of homogenisation is built into the Covenant.
I believe the Covenant was deliberately phrased to avoid any clash with the Established nature and legal constraints of the Church of England. That courtesy has not been extended to other provinces. There will, I strongly suspect, be legal and constitutional questions in at least USA, New Zealand, Australia, Hong Kong, and the United Churches of North and South India.

Some version of Question 7 should, I think, be put in each Province:

7. Is the strong synodical place of the laity in the Canadian Church sufficiently upheld in the decision-making processes in the Covenant?

In England, it seems to me, the place of the laity is increasingly marginal and subordinate in constitutional terms - but not in reality. They pay, and they pay an ever increasing proportion of the church's current bills and future liabilities. Perhaps the question here should be:

7. To what extent does the decision making processes in the Covenant enhance or diminish the place of the laity in the synods of the Church of England?

Question 8 asks what would be the difference if the ACoC used some verb other than 'adopt' to accept the Covenant. And the answer is none. You're in or you're out. 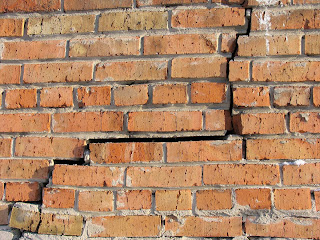 Question 9 asks what the consequences would be of not signing. This deserves more exploration.  I believe the legal answer is 'not a lot'. The ACoC (and any other church which didn't sign) would still be a member of the Anglican Consultative Council which remains the only legally constituted body of the Communion.
Politically, however, the answer is unclear. The General Secretary and the Archbishop of Canterbury have already taken it upon themselves to deselect members of particular committees on the grounds that that are members of a province which is not complying with one or other of the moratoria that are supposed to be in place - and appoint people too, if they see fit. They have no legal or constitutional grounds for these actions and they are certainly prejudging the outcomes of debates that are not yet concluded. (And, you might ask, why bother with a Covenant if General Secretary and the Archbishop already act as though there is one. It's clearly superfluous.)
The Covenant won't do what it says on the tin. It will reshape the Communion in ways I believe will be wholly deleterious to the Communion. What is the point of passing global powers to a tiny group and then giving them only one power - the power to get rid of people and churches? Isn't the consequence obvious?