This post argues, first, that the absence of detail means it is impossible to see just how the conflict prevention and resolution mechanisms of the proposed Anglican Covenant will work, or who has what power within its processes.


Nonetheless it is clear that certain structural aspects of the process will work against the Covenant's stated goal of Anglican unity.
A summary of the conflict prevention and resolution mechanisms of the proposed Anglican Covenant is here.

Conflict prevention and conflict resolution are procedures, processes by which politics is channelled away from violence and towards mutual listening, sufficient trust and effective co-operation. Such processes are not simple nor mechanical. The subject is taught in universities and fat manuals have been written on the topic. But you might not think that in reading the Covenant. 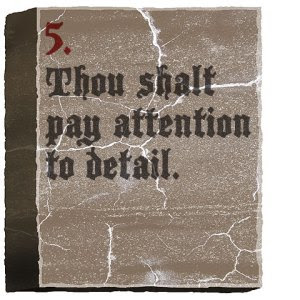 (1) Where's the detail?
The main preliminary problem with the procedures of the Covenant is that all we have is an outline sketch. We need a lot more of the picture to be painted in before it will be possible to see exactly how it is expected to work - and just where power lies in the process.

There are good tactical reasons why more details of procedures have not yet been made public - and I am assuming work has been started on the matter:


First, it might make people less willing to vote in favour of the Covenant. The detail set out in the Appendix to the St Andrew's draft was heavily criticised. The process has not gone away, though it has been modified, but hiding it leaves the impression that it is not important.

Second, once a process is outlined it would be possible to cost it (at least to the detail provided). Those promoting the Covenant have consistently sought to avoid any discussion of cost and who would pay. See my earlier speculation; I haven't seen any other discussion of costs, let alone a better informed approach.

This silence may be tactical, it may be indicative of a high level of anxiety that the Covenant will not get sufficient endorsement, it may be dishonourable. Either way such silence reflects the fairly low regard that the Anglican Communion Office, as managing the process of adopting the Covenant, has for those who will vote on the matter. They are to be urged and cajoled, but not informed.

In the absence of such detail people are being asked to vote for pig in a poke.


(2) A confusion of roles
Unless power is to be granted to Canon lawyers, and the fiction that lawyers stand above the fray is sustained, then there is no source of independent scrutiny of either issue or process.

A basic reason is that, unlike secular politics, church structures implicitly assume that we are all basically on the same side, that the natural state of Christian affairs is harmony, and that sufficient prayer, reflection, spiritual maturity and talking will eventually lead all members into Godly agreement.

It is nonsense, of course. Divisions across Christendom and within any Church may be as deep, as fundamental and as bitter as any political division. The worst rows are within families.

Churches might be much better served by learning from democratic secular politics how to build decision making structures on the basic presupposition of disagreement and disharmony (within as much as between parties). The quality of decision making may be no better in secular politics but enemies generally stay in the room for fear of descent into ungoverned violence.

But churches' presupposition of harmony gives no room for structured dissent nor for the separation and  balance of powers.

Instead churches create a kind of one-party state with a unicameral government. The Anglican Consultative Council is not separate from the Primates who are not separate from the Lambeth Conference. The Standing Committee is drawn from the ACC and the Primates. The Archbishop of Canterbury is pivotal to every instrument of Communion and thus to all its sub-groups, conferences, committees, working parties and ad hoc enquiries. No-one is outside the loop, no group may effectively hold another to account, and no-one has power to ensure procedural or natural justice.

So, once again, it's all politics. The Covenant restructures the ring in which the politics take place and in two new and key ways. First, it makes much more of the politics global by bringing so much more of the life of each province under the scrutiny of every other province. Second, it creates the capacity to expel a member from the ring.

(3) Short time-scales
Doctrinal debates have historically taken decades or longer to resolve themselves. The various rounds of discussion, consultation and conciliation envisaged in the Covenant will probably take years; this may not be enough.

The very presence of a structured process (even if its details have yet to be worked out) is potentially very damaging to communion.

As each step is taken and the final full stop is approached it will become harder and harder to keep talking. Public pressure through both traditional and new media will intensify. Shared ground between the parties, the mass of people who would prefer any settlement to the experience of division, and alternative routes out of the impasse will all be squeezed out of the equation. The process will itself generate pressure for a definitive answer.

Even if no timeline is set at the start, demands for deadlines will quickly spring up. It will be ever harder to invent delaying tactics, even when this is the wisest thing to do. When the train is already running down its track it will be a brave driver who can park it in a siding till the worst of the storm is over.

(4) Presumption of single offender
The text of the Covenant seems to assume that a single province, or perhaps provinces separately, will be the offender against who 'relational consequences' may be deployed:


The Standing Committee may request a Church to defer a controversial action. If a Church declines to defer such action, .... (4.2.5)

This is most improbable. Issues that divide provinces from one another also run through the middle of provinces. A complaint by one province against another may be met by a countervailing complaint. Provinces are likely to pile into the fray on both sides of the question. The result will not be the tidy application of a conflict resolution process but a free-for-all (conducted, of course, in a seemly, Anglican manner).

The underlying image of this process is the excision of heresy from the church by legal action. As with the prosecution of Bishop King, for example, the process is to choose the most egregious offender and to seek to expel the person, their doctrine and practices from the Church. Once a court had pronounced judgment all those who shared the views of the condemned man would be given a choice: change opinions or allegiance. Either way heresy and heretics would be identified and forced out of the Church.

It doesn't work, of course. Successful prosecutions change no-one's mind and very few allegiances. Unsuccessful prosecutions may and do (from the perspective of the promoters) back-fire spectacularly: the issue they sought to expunge from the church may thus be given unchallengeable legal assent.

In this scenario the attempt to exclude malefactors from the Communion will threaten the whole house: precisely the outcome the Covenant was supposed to avoid.

Or the Covenant processes could find that the North American provinces have no case to answer. In which case those who sought their exclusion would have established determinatively that the consecration of partnered gay bishops is within the range of Anglican belief and practice. In that case the conservatives would be forced to choose whether or not to leave.

Either way there will be no winners.

A summary of the conflict prevention and resolution mechanisms of the proposed Anglican Covenant is here.