From: ANGLICAN-INFORMATION Recently we have observed an apparent tide of homophobia sweeping parts of Africa. Web traffic reports that the traditionally conservative African social ethos has been stirred up aggressively by conservative North American evangelists. ‘Sex and gender’ American cultural wars of the kind currently troubling the Anglican Communion are being exported into Africa. 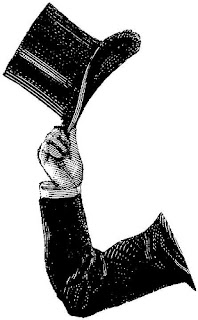 Hats off to Bishops Gandiya, Bakare, Chama and Mwamba!

Such intrusions into Africa have been eagerly taken up by renegade ‘Archbishop’ Nolbert Kunonga, a Zimbabwean bishop who broke away from the Church of the Province of Central Africa in 2008. He has repeatedly accused the Central African Bishops of being gay, pro-gay or variations on this theme as an excuse for his actions against Anglican Christians of the Diocese of Harare. Kunonga, a sometime protégé of former Archbishop Bernard Malango, has been closely implicated in numerous acts of terror and violence against worshippers. Kunonga has been instrumental in resisting both Bishops Sebastian Bakare and latterly Bishop Chad Gandiya in their efforts to oversee the Diocese of Harare.

ANGLICAN-INFORMATION have received a letter, parts of which we publish below, that shows a rather more compassionate and reflective view from within the Diocese of Harare. Reflecting the current febrile atmosphere we have withheld the names of the senders for their own security.

Hats off to Bishop Chad Gandiya!
Please publish this article for the benefit of faithful Anglicans in Harare:
‘The downfall of the former Bishop of Harare, Nolbert Kunonga, was a result of his dinosaur mentality, by which he has remained trapped in the past. Today’s Church needs progressive bishops who are in step with the changing world, where human rights are respected and observed without reservation. Time and culture continue to transform the face of the earth, as humankind becomes more civilized and liberation from the mindset of the middle ages continues. Kunonga has been a cause of immense pain because of unaccommodating thinking, which has seen many leave the Anglican Church, even before the present crisis, for churches where the human nature is better comprehended in line with a transforming world of science.

Sexual preference, or homosexuality is not a sin as Kunonga would like to have people believe. This is a condition over which no one has any control, a genetically motivated behaviour. We are profoundly grateful for the emergence of such progressive bishops such as our beloved Bishop Chad Gandiya, who realize that homosexuality is not simply a scourge of darkness. This reality has remained suppressed because of backward and unreasonable bishops such as Kunonga. Such people are concealed behind conservatism, and offer utterly nonsensical words such as orthodoxy when they mean a particular view of sexuality.

The former bishop Kunonga, or better, the disgraced and defrocked clergyman he is, deserves the present desertion by most, if not all, the faithful because he continues to profess archaic ideas of a long dead world. Homosexuals and lesbians exist as a fact, and caring bishops such as Chad Gandiya, should continue to hold high the flag of human rights. With our beloved Chad Gandiya at the helm of the Anglican Church, Zimbabwe will at last be free from an oppressive mentality and experience growth in a free society.

Hats off to Bishop Chad Gandiya, who joins other luminaries such as bishops Sebastian Bakare, Albert Chama and Trevor Mwamba who have openly resisted the persecution of gay and lesbian people’.

Comment below or
visit our companion blogsite: http://anglican-information.blogspot.com
.
Posted by Paul Bagshaw at Saturday, February 20, 2010