Russia’s wooden architecture, especially its churches, was hardly a priority during Soviet times and now many of the unique old buildings are very close to total ruin. A new book documents the tragedy in some of the most inaccessible parts of Russia’s north. The numbers are daunting, but a tiny ray of hope has appeared on the horizon, which could rescue one or two of the near-ruins, says Alexander Mozhayev. 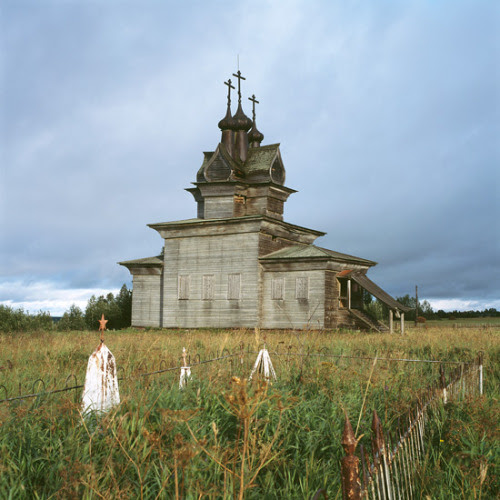 Over the last 100 years the landscapes of the Russian North have not changed for the better. The majority of the churches have either decayed or been transported to open-air museums in Arkhangelsk, Kostroma, Novgorod and other major cities. There are no precise statistics for churches lost in this way, but one has only to look at the authoritative work Russkoye derevyannoye zodchestvo [Russian Wooden Architecture], published in 1942. Of the 70 churches presented in it, just 27 have escaped destruction, 2 are close to death and 7 have been turned into museums. Moreover, with rare exceptions, it is the most impressive churches that have perished.

The glimmer of hope is that, in some places, volunteers are getting together and beginning to work on the restoration of some of the decaying wooden buildings.