Any chance of a fair debate?

I had been preparing a post in praise of soft power in the church.

The 'soft' power I have in mind is opposed to coercive power: education, discourse and debate as opposed to command and enforcement.

The recent press release from the No Anglican Covenant Campaign - Call for fair process and honest debate - illustrates the problem.


November 2010 — When the Church of England debated the Anglican Covenant, official materials prepared for General Synod members made no reference to the concerns of critics or to the case against the Covenant. This was in marked contrast to what happened in 2007, when the House of Bishops agreed that an additional briefing document presenting opposing arguments should be circulated to all General Synod members in advance of the debate.

(Note: I had some part in the 2007 paper. In fact this was a last minute concession and we were not allowed to submit a paper on the recently published Draft Covenant, but only on the principle of a Covenant and on the paper Towards An Anglican Covenant which was already redundant by then.)


November 2010 — When Modern Church and Inclusive Church placed advertisements critical of the proposed Covenant in the church press, and when the No Anglican Covenant Coalition was launched, Covenant sceptics were criticized by senior church officials for going public and "campaigning" instead of remaining silent.

December 2010 — When the draft Covenant was formally referred to English dioceses, the referral document provided a random list of quotations from the last General Synod debate, with pro‐and anti‐Covenant remarks mixed up together, followed by a purely pro‐Covenant presentation.

January 2011 — A request by Covenant opponents to the Business Committee of General Synod to circulate material setting out the case against the Covenant was rejected.

February 2011 — The Anglican Communion Office issued an official study guide and list of questions and answers for international use that neither provide a balanced look at the issues nor fairly represent the views of those critical of the Covenant.

And yet: power is needed in any structure - it's what makes the thing go.

So how can the leadership of the Communion be brought to book for their wilful misuse of power? At the moment they can't. Blog posts may annoy them and campaigns may provoke an inappropriate put-down but neither is more than a momentary annoyance.

And the Covenant will make things worse. It is designed to create new central powers and to grant the Communion coercive powers against its members under certain circumstances (to be 'effective and forceful'). 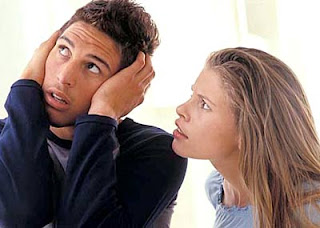 Furthermore the lesson for those in power is that this form of soft power works. The Covenant will be achieved without any need for people in the pews or in clerical collars to worry their heads about it.

It is a self-reinforcing process. If keeping all but a tiny minority out of the loop leads to substantive change and more powers accrue to those inside the loop then, doing it again will only give the few even more powers, and again ...

What is lost is perfectly evident to those outside the loop: the effective engagement of the membership.

Each time we go round the loop those on the inside identify themselves more strongly as knowing what's best for the Church, as actually being the Church, to the ever greater exclusion of those outside. Criticism (never mind a campaign) is not merely annoying, it is disloyal. No-one need listen to disloyalty.

Nor will this culture remain within the elite circles of the Communion's central command. In the hierarchy of the Church each successive ring will follow the centre's lead, learn its lessons, and shape itself to fit the circle above.

My response is to seek a more open and honest discussion on the nature and proper exercise of power in the church. It is to call for a church in which every member is valued. But what I fear is more likely is that those at the centre of the Communion are in fact creating a highly unstable and potentially dysfunctional structure wholly inadequate to the needs of an interconnected world.

As facebook and twitter enable some to bring down governments the leadership of the Communion has built up a bunker mentality. It cannot be to the good.

See also: my recent blog posts Players and audience, a look at the pitiful official Study Guide, Q&A, C-, and a paper from 2007 Bouncing the Covenant through the Anglican Communion (.pdf) which identified the strategy of avoiding any serious debate.
Posted by Paul Bagshaw at Monday, February 28, 2011