Habitual worship and sufficient cause

There are two phrases of deliberate ambiguity in the rules for eligibility to be on the electoral roll: that someone is a 'habitual worshipper', or that they would have been unless prevented by illness of other 'sufficient cause'.

(I am indebted to David Lamming for sending me his discussion of questions around the Electoral Roll in the Ecclesiastical Law Journal, 8, 2006. It barely needs saying that I, not he, am responsible for this post and its proposals.
And it's taken me a while to prepare this post, though I know it's not an important question in itself. It's just a couple more aspects of the wobbliness of the foundations of the whole lay electoral process in the Church.)

The rules
For those who wish to be on a church's electoral roll there is no problem if they live in the parish, are 16 or over, and are baptised. Then they just say they're a member of the CofE and all is well. Actual attendance is not required.

If they don't live in the parish, however, then they can be on the roll if they:

have habitually attended public worship in the parish during a period of six months prior to enrolment; Church Representation Rules 1(2)(b)

And it is possible, even desirable, to remove someone from the roll if he or she


is not resident in the parish and has not habitually attended public worship in the parish during the preceding six months, not having been prevented from doing so by illness or other sufficient cause; Church Representation Rules 9(e)

In praise of ambiguity
Politically, I think such ambiguity is a good thing. Both phrases effectively allow the individual member to decide for themselves whether they think they fit the criteria to be a member.


That is, I may not live in the parish but I think of myself as a member of St Olaf's because I attend regularly by habit or choice. But I haven't been able to attend for very good reasons.
Even if this means: Every other year I attend Midnight Mass. And if I've ever missed one of those it's been for the excellent reason that, after an excellent night in the pub, I'd been too drunk to make it.
It also strikes me that the fact of having left the parish may mean that it is itself sufficient cause for not attending: I would worship at St Olaf's, but now that I've moved away it's too far to travel.

How we got to 'habitual' worship
A lot of thought went into what the minimum test of entry onto the Church Electoral Roll should be when it was debated in 1968.  The options were:
All these were in use for some or other aspect of church life.

The Clergy were in favour of 'communicant' or 'communicant status' as the test, but neither the Bishops or the Laity agreed. In the end 'habitual worshipper' became the test, probably because it entailed some minimal degree of visible participation in the life of a church while being as broad as possible.

I guess similar debate surrounded what 'sufficient cause' meant - but I don't recall reading about it.

But the problem with ambiguity ...
Legally, of course, ambiguity is both the bread and butter of a lawyer's work - and an immortal dragon to be slain ceaselessly.

If these ambiguous phrases are to be resolved by a legal process then someone other than the person themselves is being asked to determine what 'habitual' might mean, and what would constitute a sufficient cause for not attending, Such determination should apply to everyone affected, equally, and should be clearly understandable by the long lost traveller on the Clapham omnibus. Where there is doubt, judges, not the individual, will decide what the words mean.

But the root of the ambiguity is intractable. The Church is historically and, in some aspects, legally the church for the whole population unless they actively dissociate themselves. In practice the Church of England is (and has been since 1828) increasingly a membership body. Ambiguity holds the two ideas together - and it will only be resolved by the CofE being disestablished.

The threat of legal challenge
The spectre of legal challenge to is consistently raised when changes to voting processes are mooted. This can only be to try to frighten people off the grass. A) The risk is already present, B) those who foresee such a possibility should be in the forefront of seeking change to reduce the risk, C) there is already an appeal process in place which is either unused or is effective in resolving disputes, and D) what are the odds?

I learn from David Lamming's article that the only court case he found was Stuart v Haughley Parochial Church Council in 1935. One case since 1919 is, perhaps, one too many - but it shouldn't strain the insurance too far.

However the case is no help in resolving our ambiguities. Edmund Stuart and nine others were excluded by the vicar from membership of the electoral roll on no legal basis whatsoever - merely because they did not contribute to or support the church. Stuart was over 16, baptised and resident in the parish. The vicar was obdurate to the point of stupidity and refused to accept what he was told. He lost.

And, when it comes to challenges, it would be interesting to know how often the Diocesan appeal triumvirates (Church Representation Rules 43-45) have been invoked and on what issues. My guess would be 'rarely', but you never know.

Not legal precision, guidelines
Now, I'm sure it's not beyond legal wit to reduce the uncertainty of meaning of 'habitual' and 'sufficient cause'. It would also be possible to set a fairly high threshold before legal action was permitted. But I suggest that seeking to tighten the law is probably unhelpful. 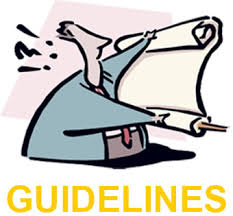 For a lot of church life 'guidelines' are preferred to law (or to explicate law). Simply because the ambiguity behind these two phrases reflects a fundamental ambiguity in the identity of the CofE, I propose that guidelines would be the appropriate degree of formality with which to address these uncertainties (and perhaps others). They would also be available to assist Electoral Roll Officers in doing their job conscientiously.

Guidelines could, for example, suggest possible tests for what 'habitual' worship might be, and what could constitute 'sufficient cause' for not worshipping habitually (without actually defining the terms since that would trample on the legislation). They would not be binding but there would be a presumption that they would be a starting point when considering a disputed case.

Such guidelines would probably interest very few people but they might help both Electoral Roll Officers and potential complainants. (And if they already exist, please forgive my ignorance.)

Or....
Or, we could take an altogether new look at what might constitute membership of the CofE. That wouldn't resolve everything but it might open up a whole new set of questions - perhaps in another post.

One member : One vote