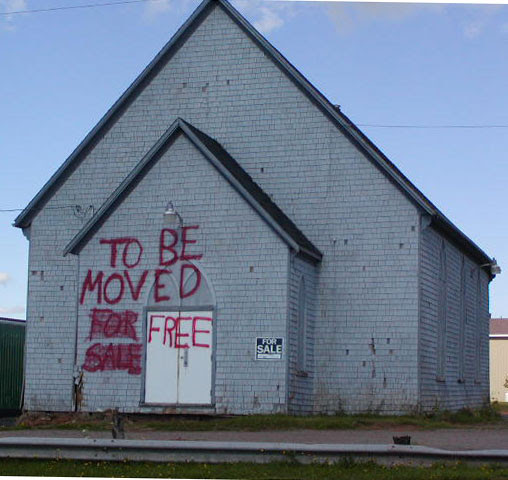 A British Humanist Society press release (Feb 28) pointed to the clash between the Church and the State over gay marriage as a reason for disestablishment.


‘The Church is established in England and so it is constitutionally part of the state. While it retains that status, and while it runs a third of our state-funded schools, and for as long as it has seats as of right for its Bishops in our parliament, its own internal policies are significant to the rest of society. If Dr Williams wishes to protect freedom for his Church, including freedom from any future possible interference from the state in the Church’s policies which oppose democratically made equality laws, he should be working with others, including humanists, for disestablishment.’

The National Secular Society made the same point later. This is, of course, a hook for the BHS & NSS to repeat a proposal it has long made. And pretty well whenever there is public tension between the Anglican Church and the government over policy the same solution is proposed.

But just because this is a repeated point made by usual suspects does not make it trivial and it should not simply be dismissed.

As a point of fact disestablishment won't stop interference by the state in the affairs of any church where there are public policy considerations. Nor would (or should) the CofE stop trying to influence public policy simply because its legal status had changed. But this also is secondary.

The Church's desire
Since the 1850s a remarkably consistent programme has been pursued by the leadership of the Church. It has been largely successful, though it's not yet finished.

The programme has been:
But, critically and at the same time:

The Church's success
In 1832-33 Bishop Blomfield (London) was part of  committee which agreed to dissolve the Doctor's Commons and make the Judicial Committee of the Privy Council (then being set up) the final court of appeal on doctrinal matters. It was almost incidental; doctrine cases were perceived to have died out. By the 1850s doctrine cases had sprung back into life and Blomfield now deeply regretted his earlier decision and tried repeatedly and unsuccessfully to place the legal adjudication of doctrine into the hands of the senior clergy.

Over a long period and many issues powers were ceded to the church : the re-establishment of Convocation, the trial of Bishop King, the creation of Church Assembly, the 'deposited' prayer books, General Synod, 1974 Worship and Doctrine Measure. And, of course, much more; all of it fought over within the church and much of it fought between church and state.

Despite the bumpy road the trajectory has been consistent: patriate powers of governance to the church and avoid disestablishment and disendowment.

The key outstanding issue is the appointment of bishops. No matter how much rope is given to the church if bishops are still part of the legislature the government will ever quite let go of the reins.

The Church's problem
No-one likes to lose privileges, though they are fewer than they used to be. They include reserved seats in the House of Lords and thus membership of the legislature. I suspect, however, that the vital privilege, the one which would be fought most fiercely, is closeness to the monarch.

The money may be significant - between a quarter and a third of all the Church's central assets may be at risk. No-one knows how much, and there would have to be court proceedings to find out (expensive, but worth it because of the amount concerned). Though there could be a deal with the state - after all, consider on the other side how much of the nation's physical heritage is maintained out of the purses of current and historic worshippers.

I suspect that disestablishment would cause another, more fundamental shift. It would finally consummate the process of changing the church which began in 1828 with the repeal of the Test and Corporation Acts. From that moment on membership of the Church of England was voluntary.

So, for those of the old order left holding the baby when disestablishment came, this would be their problem:
Since the Suppression of the Clergy Act, 1533, the Church of England has been the state church. What could it be if it wasn't?
Posted by Paul Bagshaw at Saturday, March 05, 2011