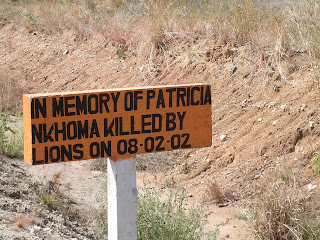 ANGLICAN-INFORMATION reports: In a significant judgement handed down today in Nkhota-kota, Diocese of Lake Malawi, a judge has acquitted Leonard Mondoma of murdering the late Canon Rodney Hunter.

Hunter had been a British missionary who had died in 2006 from natural causes due to cancer. His death had been claimed as a ‘poisoning’ and ‘murder’ by a twice suspended priest the Revd’ Dennis Kayamba. Kayamba had managed to persuade the local chief of police to arrest two men, Bernard Mlota (since deceased) and Leonard Mondoma, Hunter’s faithful cook.

Mlota was released on bail quite quickly but Leonard Mondoma languished in prison for eighteen months, most of the time without charge, before finally being rescued from life-threatening conditions and being allowed out on bail. Nevertheless, charges brought by Dennis Kayamba remained outstanding.

One British newspaper journalist reported immediately after Dennis Kayamba’s original accusation, without any evidence, that the late Canon Hunter ‘was fatally poisoned’. The same journalist later published the names of three so-called ‘poisons’ found in Hunter’s blood samples as analysed in South Africa. These turned out to be prescription drugs. This irresponsible reporting, including attempts to suggest that others had been poisoned too, led to a frenzy of accusation amongst conservative religious websites and African newspapers, all of which took the journalist’s articles as fact.

Reports about these events as they occurred were covered by us at the time and can be found on our website at:
www.anglican-information-archive.org

The tragic false accusations, backed up by scurrilous press reports pillorying an innocent victim, have at last been addressed by the court judgement released today. The judge cited the following as reasons for Mondoma’s acquittal:

· The prosecution failed to provide true evidence that Mondoma murdered Canon Hunter
· The police officers’ statement given to the court in the early days of the case lacked substance and was based solely on circumstantial evidence (i.e. Dennis Kayamba’s word alone)
· The pathologist’s report and claimed evidence of ‘poisons’ in Hunter’s blood in fact showed medicaments that were prescribed for Hunter by the local St Anne’s Hospital at his request
· Other forms of evidence (such as ‘Mondoma was in possession of Hunter’s house keys’, as incidentally was Dennis Kayamba) were pure speculation without support

The acquittal means that Leonard Mondoma now walks as a free man and the late Bernard Mlota has his name cleared for posterity.

So ends a disgraceful saga stoked up in particular by one British journalist and enthusiastically followed by conservative websites. It’s a sad world for small people but justice has prevailed – at a high price.

Postscript: Following Mondoma’s acquittal it is reported that crowds danced and sang him back to his home in celebration!

Posted by ANGLICAN-INFORMATION at Wednesday, October 13, 2010