A new Archbishop for the Anglican Central African Province? 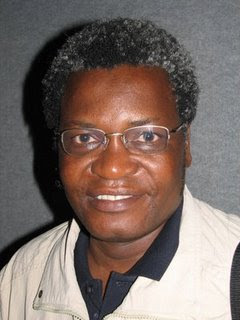 A new Archbishop for the Anglican Central African Province?

James Tengatenga
Posted by Anglican Information
ANGLICAN-INFORMATION
‘A voice for the voiceless in Central Africa’
www.anglican-information-archive.org

The Anglican Central African Province has been without an Archbishop for several years since the retirement of Bishop Bernard Malango. The Canons of the Province only allow for the Bishops to elect a new Archbishop from amongst their number when all sees in Botswana, Malawi, Zambia and Zimbabwe are filled. In the meantime Bishop Albert Chama of Northern Zambia has acted as Dean.

After the forthcoming elections for the dioceses of North Malawi and Lake Malawi scheduled to take place on Saturday 1st August in Lilongwe, the capital city the position of Archbishop for this troubled Province will be filled.

The proposed elections to the two remaining dioceses have attracted some criticism. The priests and people of North Malawi have complained that an election for their new bishop is to take place outside their diocese. In both North Malawi and Lake Malawi there are complaints that Bishop James Tengatenga of South Malawi and Albert Chama are trying to argue that candidates from previous elections may not stand.

ANGLICAN-INFORMATION observes that there is no restriction in the canons on previous candidates standing again and there are a number of precedents of priests re-presenting themselves in elections over a period of many years. If bishops Tengatenga and Chama are serious about attempting to exclude candidates they are exceeding their authority.

North Malawi: The controversial Very Rev’d Scott Wilson formerly of Fort Worth diocese in the Episcopal Church of the United States has withdrawn his candidacy. Although he was runner-up to former Bishop Christopher Boyle (now retired to England) Wilson has left the Episcopal Church and actively joined a new breakaway faction in the United States known as ACNA (Anglican Church of North America). This has a very doubtful status in the Anglican Communion or with Canterbury. Bishop Trevor Mwamba of Botswana pointed out only last week that Wilson would not be able to subscribe to Canon 6 of the Provincial Canons as he is not in a Province in communion with Canterbury.

The Diocese of Lake Malawi represents a particularly difficult case as many consider that it already has a validly elected Bishop in the person of London based priest the Rev’d Dr. Nicholas Henderson. An overwhelming majority elected Henderson bishop in July 2005 and consequently it will be difficult for any new candidates to establish an authentic mandate.

The people of Lake Malawi have fought for the last four years to have the Court of Confirmation that declared Henderson to be of ‘unsound faith’ independently examined and overturned. In November 2005 under then Archbishop Bernard Malango and with a House of Bishops including the notorious and now excommunicated Nolbert Kunonga and Elson Jakazi both of Zimbabwe, Henderson was declared of ‘unsound faith’ because of his one time membership of an academic theological society known as M.C.U. or the Modern Churchpeople’s Union.

The next Provincial Archbishop? Bishop James Tengatenga was earlier this year in Jamaica elected as chair of the Anglican Consultative Council. This Council is one of the four ‘instruments’ of the Anglican Communion and is highly influential. In this role and in the Central African Province he is now in the ascendancy and must be a serious contender for the Archbishopric.

The Modern Churchpeople’s Union, has had a number of Bishop members over the years and currently has the Bishop of Lincoln as its President. It is the Anglican Communion’s oldest Theological Society being founded in 1898.

Nevertheless, if and when his peers elect him, James Tengatenga will become the first Archbishop associate member of the M.C.U. and will continue as a result to make a major contribution to theological thinking in today’s Anglican Communion.

Posted by ANGLICAN-INFORMATION at Wednesday, July 22, 2009