Could this be an apology to Leonard Mondoma from UK journalist Ruth Gledhill? 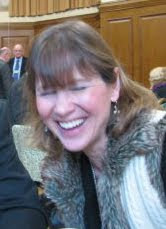 To a minority audience safely behind the ‘paywall’ of the online U.K. Times newspaper Ruth Gledhill, their Religious Affairs correspondent, has issued a terse article headed:

This is a reference to the acquittal of Leonard Mondoma of the so-called ‘poisoning’ of the late Canon Rodney Hunter, a British missionary who died of natural causes in 2006 in Nkhota-kota, Malawi.

Leonard Mondoma, Hunter’s faithful cook had been accused of poisoning by a twice-suspended Forward in Faith priest, the Rev Denis Kayamba. This story was subsequently enthusiastically taken up as apparent fact by Religious Affairs Correspondent, Ruth Gledhill of the U.K. Times newspaper.

In her article of today’s date, in two short sentences, Gledhill writes: ‘A judge in Malawi has ruled that evidence linking Leonard Mondoma to the murder Canon Rodney Hunter was circumstantial.’

She goes on: ‘A man accused of poisoning an English missionary in Malawi has been acquitted. Leonard Mondoma was found not guilty of the murder of the Canon Rodney Hunter by a court in Nkhotakota.’

ANGLICAN-INFORMATION comments that this is a very tardy (the acquittal was three weeks ago) and minimalist report from a journalist who previously was quick to attribute Hunter’s death to an unqualified ‘poisoning’ and ‘murder’. For example, 26th April 2007 in an article headed ‘Enemy of liberal Anglicans was poisoned’ and again in her ‘Articles of Faith’ weblog of the same date in which she claimed three poisons, metronidazol, phenothiazine and promethazine hydrochloride, were ‘used to kill him’ – these were actually medications provided at Hunter’s request. Later Ruth Gledhill tried to claim that others too had been poisoned.

The whole sorry saga has been reported by us over the years and is on our website. We have been very critical of Miss Gledhill’s reportage because writing for the Times her reports have been taken up all over the world by conservative websites, by the U.K. organisation Forward in Faith and by African newspapers, as actual fact and real evidence. Mondoma was therefore found guilty online with no hope of response and languished in terrible conditions in prison for 18 months the first year of which he was uncharged of anything.

We have cautioned that Gledhill in presenting the Mondoma case as a near proven case of murder, presumably in the pursuit of a sensational story, was extremely foolish. This is all the more terrifying as Malawi is a country where the death penalty is still on the statute books.

We have called for a public apology.

Could this now be what we asked for? In the last few days we have noted that all online articles from Ruth Gledhill concerning the case have mysteriously become unavailable. In addition her short article on her paywall blogsite continues: ‘Justice Robert Chinangwa decided that the evidence linking Mr Mondomo (Gledhill’s misspelling) to the murder was circumstantial and that the medical evidence did not conclusively show that the cause of death was by poison’.

Interestingly she finally writes: ‘The website Anglican-Information, which has campaigned for Mr Mondoma’s aquittal, welcomed the verdict and said the original prosecution was a “disgraceful saga.” The website said “justice has prevailed.”’

This is the first time we have ever been reported favourably by Miss Gledhill!

ANGLICAN-INFORMATION says this whole story was indeed a disgraceful saga of the kind we never wish to have to report on again. At least Leonard Mondoma can now get on with his life, although with what means of living is a mystery and he may be consigned to a lifetime of unemployed penury.

We’ll make sure he gets to read this article, it may be of some small consolation to him.

Want to have your say? Comment below
or visit our companion blogsite: http://anglican-information.blogspot.com
Posted by ANGLICAN-INFORMATION at Wednesday, November 03, 2010