One member : One vote - simple!

It would be remarkably easy for the Church of England to change to one member, one vote for electing Diocesan and General Synod members.

It needs one practical change and a couple of substantive legal changes.

1) The practicality: a national database of members

This already exists for clergy (in fact, there's more than one) so there can be no objection in principle.

There would need to be a Code of Practice governing (amongst other things):


Electoral roll officers already have a duty to keep the roll up to date. They would, in addition, simply have to pass on any changes to whoever manages the database.

These are important matters and will need careful consideration. But they are practical and organizational details that are well within the existing competence of the Church.

2) Changes to the Church Representation Rules

To elect members of Diocesan Synod


To change rule 30(5)(b) to read:
members elected by the houses of laity of the deanery synods [insert] electors whose names are entered on the electoral roll of the parishes in the diocese in accordance with the next following rule

Deaneries would probably be regarded as constituencies (though it's not essential) and wording to make this explicit would also be needed.

The equivalent change would need to be made in the rule governing election to General Synod: 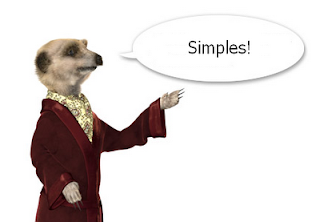 There would, of course, be a number of alterations to other parts of the Church Representation Rules which will follow from these changes - but they would be relatively straight forward once the principle change was agreed.


OK, I'm not a lawyer or a parliamentary draughtsman, but the principle's clear.

Once General Synod decides in favour of 'One member : One vote' implementation will be entirely straightforward.